Almost a year after the fall of ‘Berlin Wall’ on November 9, 1989, the German reunification on October 3, 1990, marked the launch of ‘Destination Germany’ to millions of international tourists, who are searching for new a travel destination with diverse nature and culture experiences.

After the unification, considerable public and private funds were injected to the tourist infrastructure throughout Germany, in addition to the investment of the Federal Government with approximately €40 billion in roads and railway connections. Furthermore, national and international hospitality companies as well as independent entrepreneurs established a competitive hospitality and catering sector. Today, Germany has more than 50,000 accommodation facilities inclusive of camping providing more than 3.7 million guest beds throughout the country.

Furthermore, the medium size travel and tourism companies in Germany contributed to the German economy with 105 billion Euros (four percent) and provided around three million jobs. In 2019, Germany was named again the second most popular travel destination for Europeans, - after Spain and ahead of Italy and France with 60.8 million trips.

"Today, Germany has more than 50,000 accommodation facilities inclusive of camping providing more than 3.7 million guest beds throughout the country"

Today, Germany is the preferred cultural and city travel destination in Europe on a year-round basis, with 30 years of investment in lavishly restored sites of historical and cultural significance in the new Federal States, as well as new tourist attractions in the cities of the old Federal States. Key attractions include Germany’s 46 UNESCO World Heritage Sites, where one third of these sites are situated in the new Federal states.

In addition, Germany continues to gain attention as a nature and activity travel destination through its vast network of hiking trails which total more than 200,000 kilometres, and 70,000 kilometres of long-distance bike trails. More than 30 per cent of the nature landscape in Germany are considered nature reserves and protected areas.

Nature and landscape remain to be among the TOP 4 decision criteria for international tourists, when choosing to travel to ‘Destination Germany’. Therefore, Germany has reached the second place a nature travel destination among the worldwide travel destinations of Europeans. Furthermore, Germany is considered in international business travel tourism, as the world's number 1 trade fair location and as Europe's leading conference and congress destination.

Petra Hedorfer commented: "We now have to maintain this competitive position in incoming tourism with a coronavirus recovery strategy that builds on the strengths of the brand of Destination Germany and invites with high-quality offers." 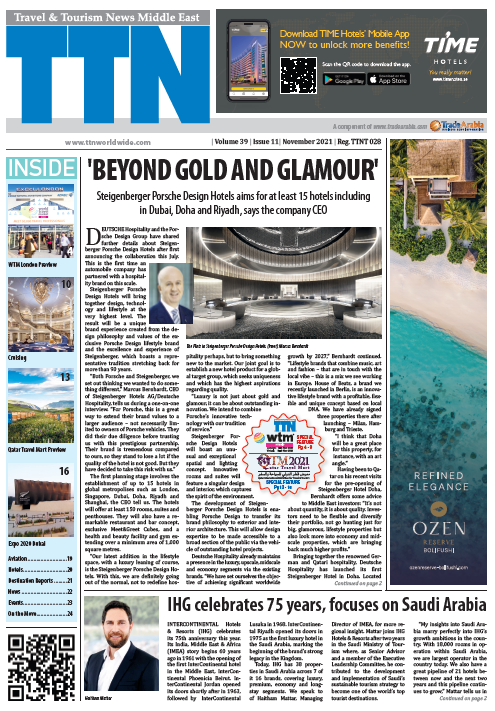